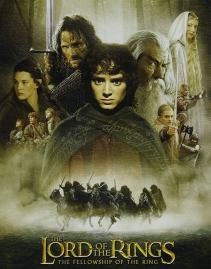 At midnight on a December night in 2001, I waited breathlessly in a darkened theatre in Los Angeles, surrounded by my friends from Caltech, for the world premiere of Peter Jackson’s monumental film based on J.R.R. Tolkien’s masterpiece, The Fellowship of the Ring.  In the 47 years following the publication of the first volume of The Lord of the Rings, Tolkien’s work had ascended to become a cultural icon, and had launched the worldwide obsession with fantasy, swords and sorcery.  It was, by all accounts, the gold standard against which all other fantasy novels were measured. To dabble with trying to translate Middle-Earth to the screen was foolish at best, and had failed before.  There was, and still is, much arguing and hand-wringing about the translation, but by-and-large it was successful. If nothing else, it introduced a whole new generation of people to Hobbits, Ents, and the Rohirrim. 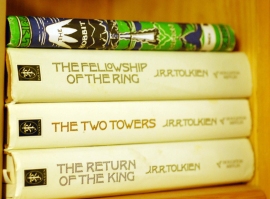 In the months leading up to the premiere, I resolved to read The Hobbit and The Lord of the Rings again, before I saw the films. Why?  Because it would be the last time that the visions of Middle-Earth that I carry around in my head would be mine and mine alone. After seeing the Jackson films, Middle-Earth would forever be an admixture of Tolkien’s writing, my imagination, and Jackson’s visuals.

Fast forward 12 years, and we find ourselves on the cusp of a supposedly foolhardy reimagining once again.  In March, Fox and the National Geographic Channel will broadcast a new public science series, Cosmos: A Spacetime Odyssey.  It is a follow-on to the classic 1980 television series by Carl Sagan, Cosmos: A Personal Voyage.  Carl Sagan left this Cosmos long ago, returned to the stardust from whence we all came in 1996. The new imagining of Cosmos will feature prominent science communicator, Neil deGrasse Tyson, and is being produced by Ann Druyan (who produced the original Cosmos), and animator Seth MacFarlane.

Recently, when the first trailer for Cosmos: A Spacetime Odyssey aired (watch the trailer here on YouTube), one would have thought the apocalypse had come.  The internets instantly polarized (an all too common behaviour in modern society).  There were those who decried the new show as too flashy, too entertaining to be a useful vehicle for science.  There were those who saw little nods to the original series that promised this would be just as rich in deep thoughts and provocative musings as the first Personal Voyage. There were Sagan fans who insist Tyson couldn’t measure up to Carl’s charm. There were Tyson fans who are sure this will be awesome because how could it not be with Neil guiding us?  Then of course there are those who think this is all just hero worship; why should we care about Carl Sagan, or Neil deGrasse Tyson? 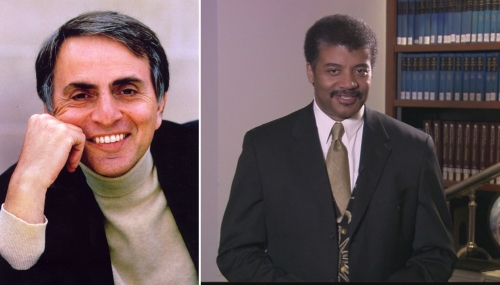 In addition to the usual internet-mongering about who is the better science host, there is also a low rumble that the time of hour-long episodic television science has come and gone. The suggestion is that the way to communicate science in the future is in microblogs like tumblr and in short YouTube clips more suited to the short attention span of modern youth and modern politicians. Perhaps, but there is plenty of hour-long television that is still eminently successful and ongoing today, it’s just that very little of it is science (Mythbusters non-withstanding). The underlying truth of what matters today is not the format, it is accessibility — people don’t have to sit in front of a 50 kg CRT television set to see the new Cosmos (nor the old one!).  Instead, they can stream it to their smartphones and tablets, watching Cosmos as their train speeds them home from work, or while they’re squirreled away in the corner of a Jamba Juice in Cleveland, or while they are waiting for the lasagne to cook for Thursday night’s dinner.

Cosmos: A Personal Voyage is subject to as much fandom as any superhero might be. There are factions who fanatically defend its wisdom, foresight, and timelessness.  There are other factions who think its visuals and science content are hopelessly dated, exhibiting that Cosmos has outlived its usefulness, and was indeed a “product of its time.”  What is true, no matter how you slice it, is that there is a entire generation of people who identify Cosmos as one of the most important influences in their introduction to science, whether they are armchair-citizen-scientists-advocates, or professional scientists themselves.

I certainly count myself among a large group of scientists who ascribe some of the inspiration for going into science as being exposed to Carl Sagan at an early age (as I have written about before here and here).  In my case, Sagan’s gift for communicating science effectively swirled around in my brain and gelled into one of the central themes of Cosmos, namely that the Universe was understandable. Maybe Sagan just made it seem understandable, but the fact that I walked away thinking I knew something, thinking that I could do experiments to know more, and believing that I could understand the outcomes of any experiments inspired me to walk the path I walk. In the days after each episode, I would have long conversations about the deep ideas that watching Cosmos had inspired in me.  I not only learned about the principles of science, but also the history of science and how we came to understand the world, parts of the story I never knew before. I’d talk with my parents about Einstein and relativity, I’d talk with my teachers about walking across the Earth to discover its size, I’d talk with my friends about soaring over the canyons of Mars in a spacecraft of our own design.  I had important and inspiring conversations that I still remember today.

Later in life, I came to understand that not everyone can explain things as clearly nor as eloquently as Sagan (many science teachers remind me of Mr.Turkentine in the 1971 movie, Willy Wonka and the Chocolate Factory; check out Turkentine’s lecture on percentages, and tell me if it seems familiar!).  This inspired me to think harder about how I communicate science, and to practice (hence, this blog you are reading).  It is a never-ending process of learning, refining, and trying again. 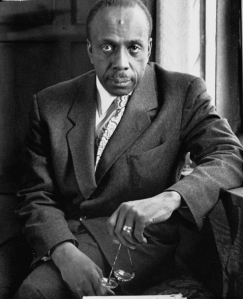 The world needs scientists who communicate for many reasons. First and foremost among them is there are serious problems in modern society that science can help resolve; indeed, there are serious problems that very likely only science can solve! People need to understand how scientists work, how science works, and how our knowledge of Nature changes and evolves; if people don’t understand these things, they won’t trust science when they need to.  But the second and altogether more important reason the world needs scientists to communicate is that scientists harbor a boundless, unbridled passion for the knowledge of the world. There are few people I have encountered in my life who have discovered joy and passion and come alive as scientists do.  In the words of the great philosopher Howard Thurman, “What the world needs is people who have come alive.” Scientists have that in spades.

When I think about how I discovered science, Cosmos holds a prominent role in my memory.  I came alive because of Cosmos.  So I am waiting with unbearable anticipation for Cosmos: A Spacetime Odyssey.  I know far more science than I did when I first saw Cosmos long ago, but I still revel in and enjoy cogent, lucid, and entertaining explanations about how science is all around us in our everyday lives. I’m looking forward to being able to use the new Cosmos as a vehicle to talk to people about science.  I’m looking forward to the conversation starting again!

Just like those heady days before the premiere of The Fellowship of the Ring, I feel the need to revisit Carl Sagan and Cosmos: A Personal Voyage once again. Before we take a walk through billions of years of Cosmic evolution and discovery on a new journey, I want to hear Sagan’s sonorous voice in my head once again, to feel the wonder for the Cosmos once again as I felt it so long ago. So between now and March, I’ll take the time each week to sail alongside Carl Sagan in a ship of the Imagination, drawn by the music of Cosmic harmonies, visiting worlds of dreams and worlds of facts. Starting in December, once a week, I’ll post some reflections inspired by these Cosmic musings, my last thoughts before we once again stretch the boundaries of our contemplations with new voyages of discovery.

I hope I’ll see you on the trip.

For reference, here are links to the successive posts in this series:

5 responses to “Cosmos 0: It’s Time to Get Going Again”